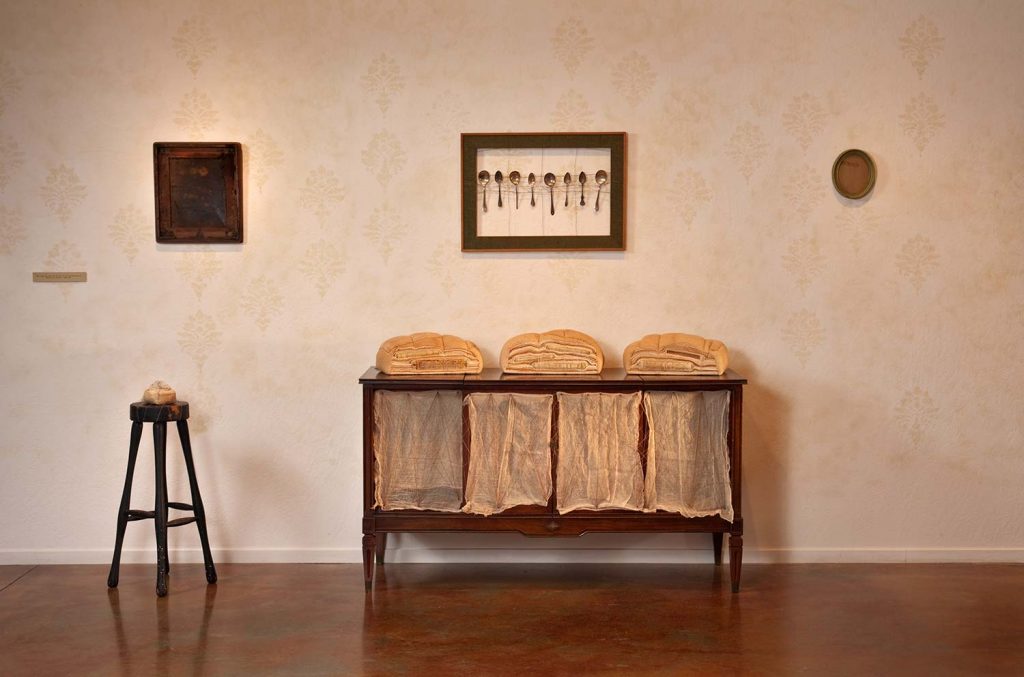 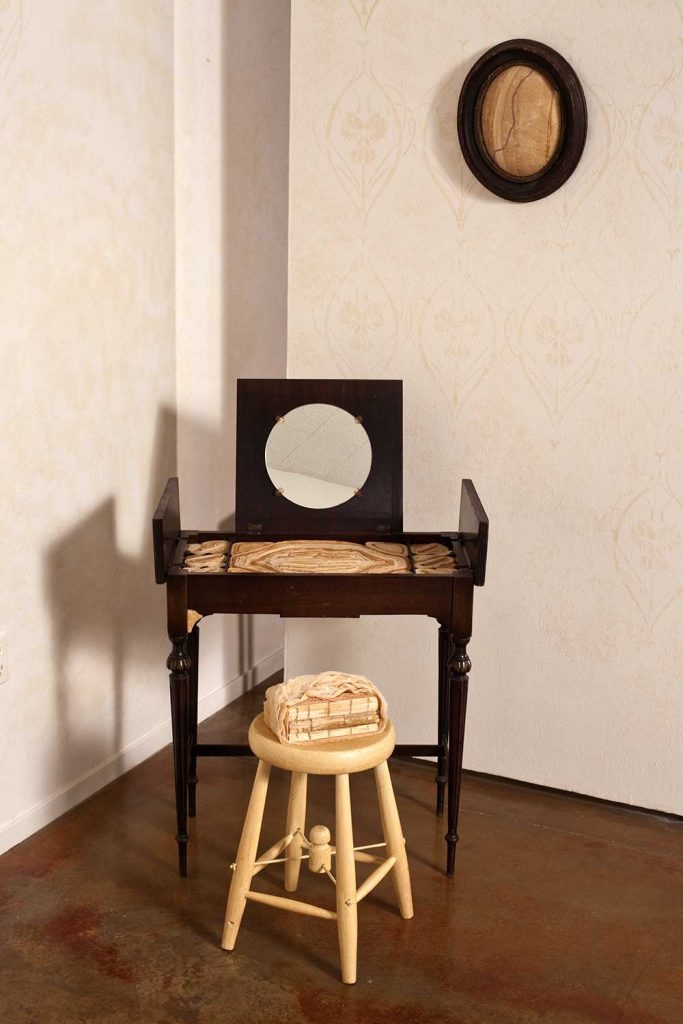 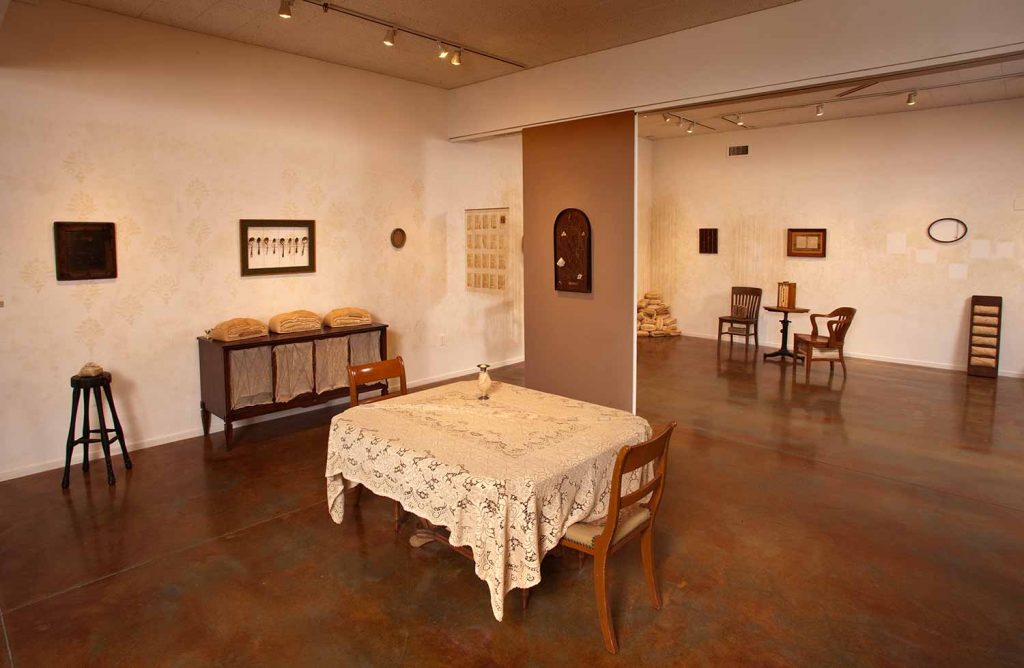 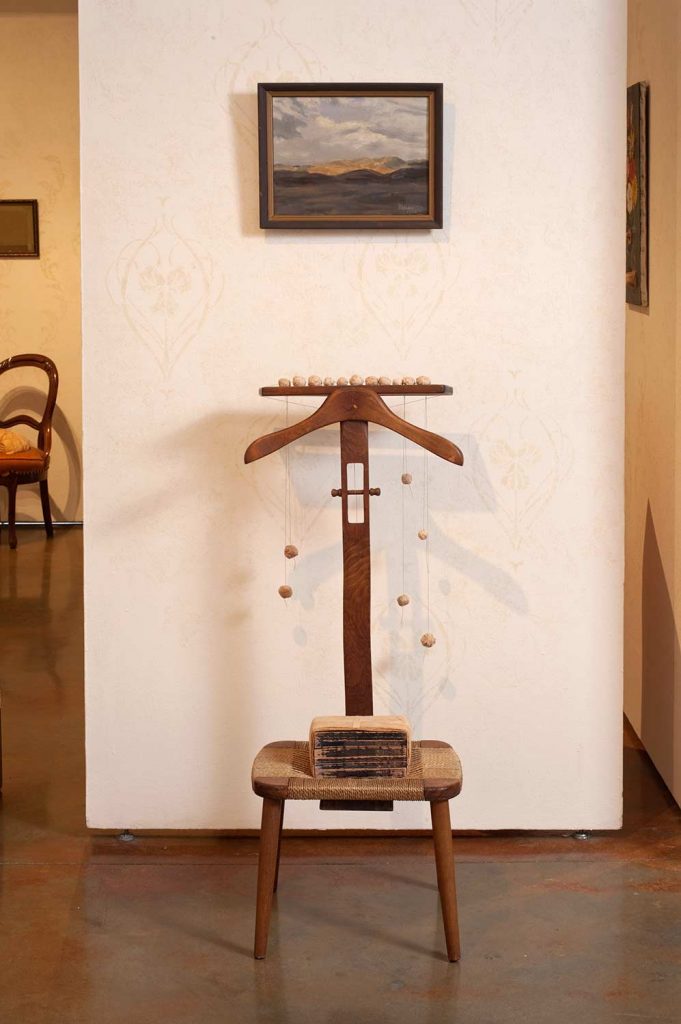 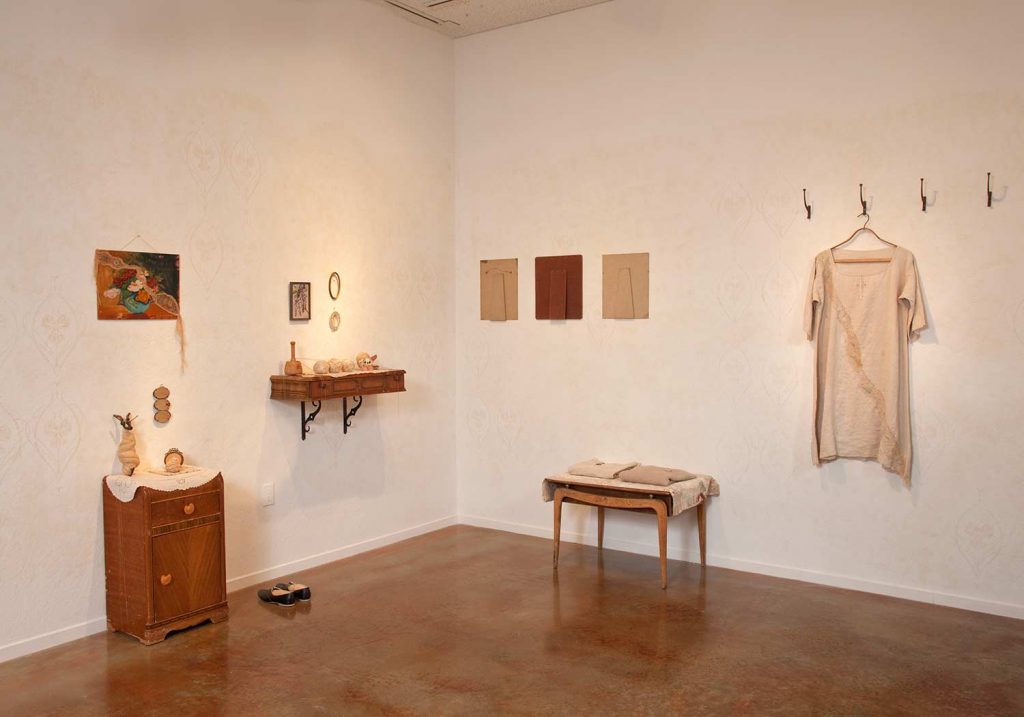 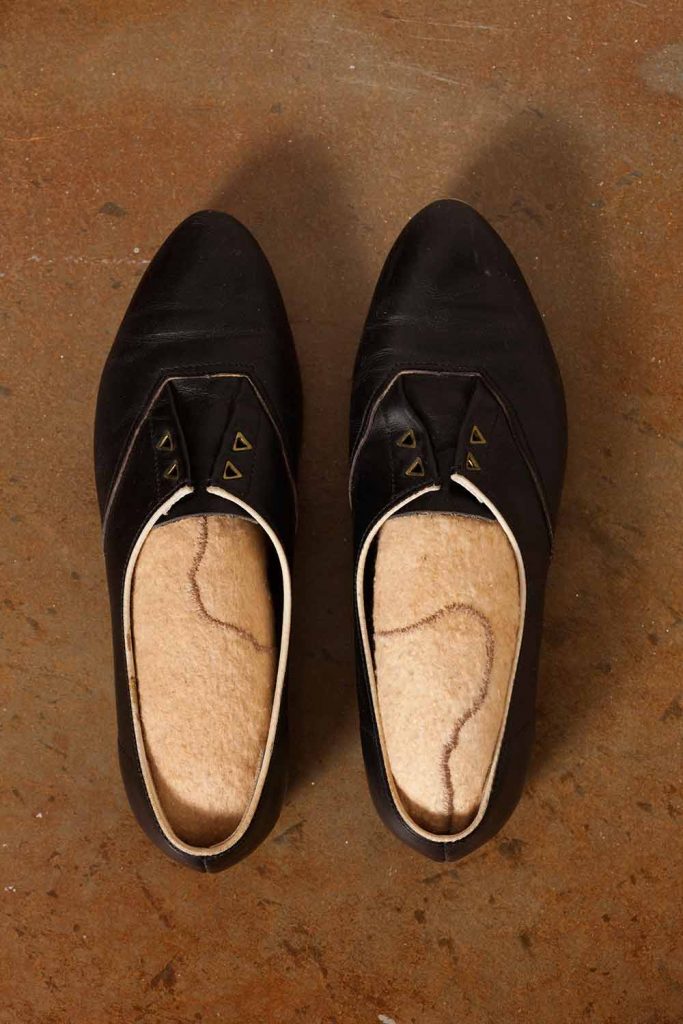 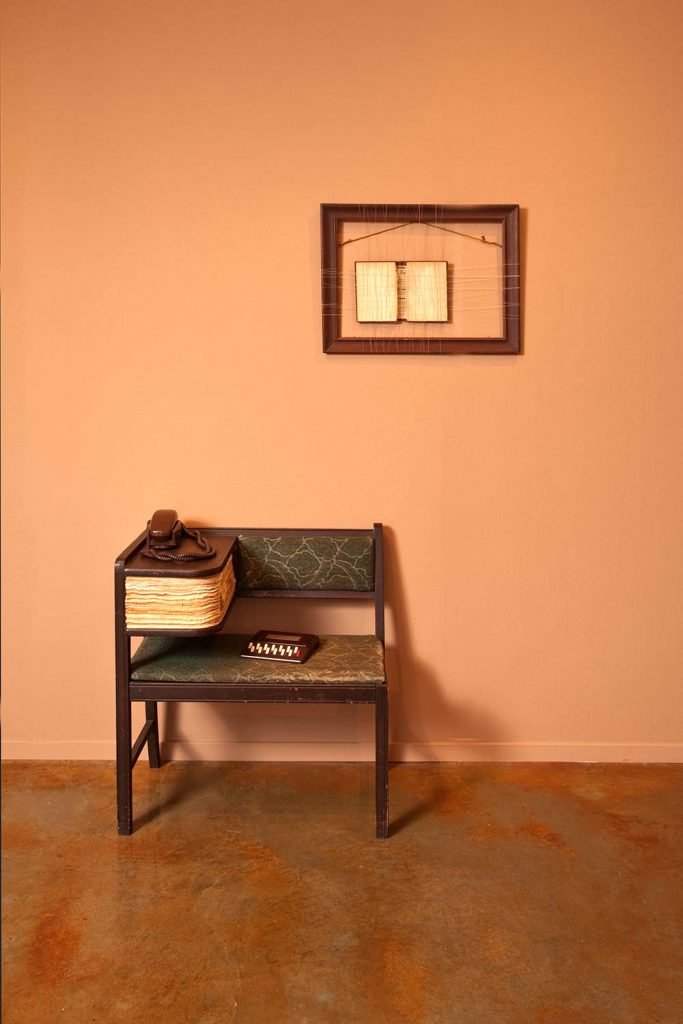 Statement for Preparing for Evanescence at Cabrillo Art Gallery

Preparing for Evanescence addresses the relative ephemeral nature of humans compared to the belongings that we accumulate, and how we cope with our mortal awareness. The treatment of the objects in this installation exhibits a concern for their well-being, and the caretaker’s need to create and protect in the face of powerlessness and dematerialization. Each possession has been attentively prepared and placed for safekeeping between the folds of fabric, stitches of thread, in the sediment of a household.

In the final days in this space the caretaker found that he/she was evanescing – or gradually disappearing. The treatment of objects was as much for their care as it was a necessary process for the caretaker – a busying of the hands, a distraction from the inevitable. Equal attention has been given to objects of use and sentiment as well as space and time.